Cricket Gets Her Heart Broken Again 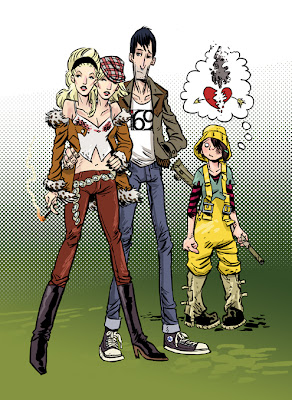 So I just started a new Bill, Cricket and Frankie comic for Popgun vol 2 and I thought about really wanting to bring back James, a character that was introduced in a comic I did called Mod vs. Mod back when I was on Graphic Smash. not only am I interested in bringing James back but also expanding on his two-headed girlfriends Bonnie and Claudia. in the story the two sisters didn't have much of a personality. I imagine they befriend Cricket in an attempt to find a female companion in the limited microcosm of the sewers. I also decided to start drawing Cricket with gaiters, an early more utilitarian version of a spat.

Cricket used to wear those big Wellington boots, but they're are very fashionable right now, she was wearing them before it was cool, but hey she was just trying to keep her feet dry and gaiters do a damn fine job so... anyway if you want to read the whole James comic I've posted it on the link above. Enjoy
Posted by Joe Flood at 7:34 PM 1 comment:

Popgun Comic Anthology Out This Week!!!! 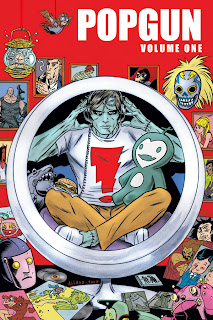 Yes, in the tradition of blatant self-promotion I'm announcing the arrival of Popgun, the Ultimate graphics Mixtape to store shelves this week. I'm really excited about this particular anthology. Cover by Mike Allred!! And not only do I have an 18 page comic, Leed's Devil, I also drew the front and back inside covers. Please pick it up if you can, volume 2 won't be far behind. For more info go to the Popgun website 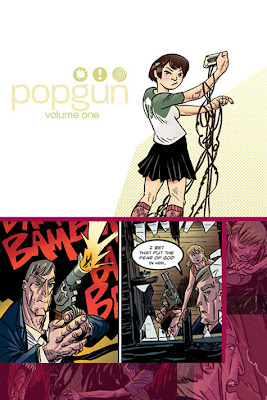