Popgun inside back cover 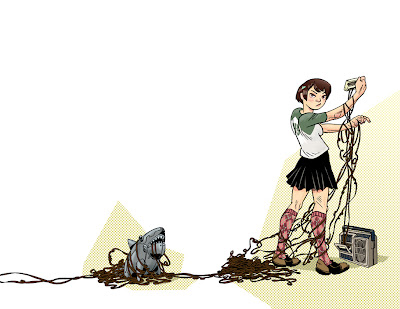 Caped Crusader rescues me from Boredom 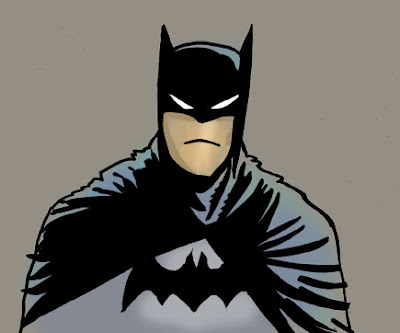 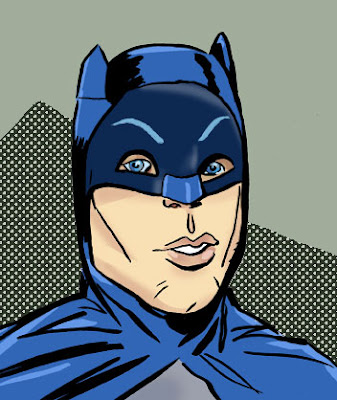 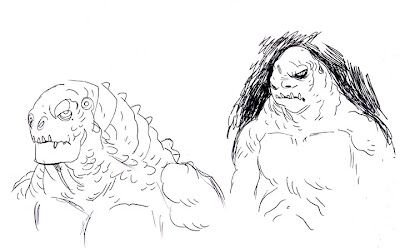 My latest job assignment is to come up with football related wallpapers, and I couldn't possibly be more bored and uninterested in it, luckily for me I was able to break up this up with some Batman sketches on the sly. I also want to make up for that intentionally bad Captin" America I did a few months back. I really do enjoy superhero comics, they just have to be drawn with competence and skill. I'd like to someday work on a mainstream comic superhero,. People always ask me, what character would you do a book for if DC or Marvel gave you your druthers. And I always say, Batman and Spider-man, and yeah I know these are the obvious choices and they 've been done to death, but they're is so much potential with Batman, the rouges gallery has so many good villains to choose from, and even if I did get put on something like Green Arrow, I'd probably have him fight a Batman villain. I'd probably use some under used character like killer Croc and instead of making him some kinda lizard man, I'd make him a guy who was severely deformed in an accident when he was a kid and has really bad egsima. A friend of mine was really obsessed with the Adam West
Batman for a while and would fill his sketch book up with drawing of West and Burt Ward as Robin. I figured I'd give it a go, I always thought West looked kind of cross-eyed whenever he had the cowl on.
Posted by Joe Flood at 2:38 PM No comments: 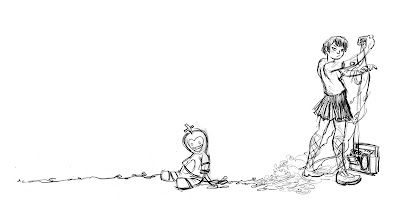 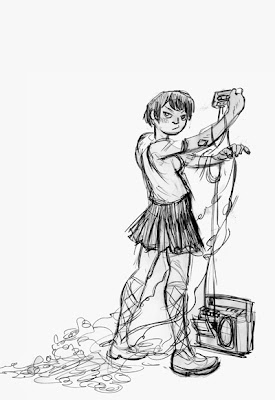 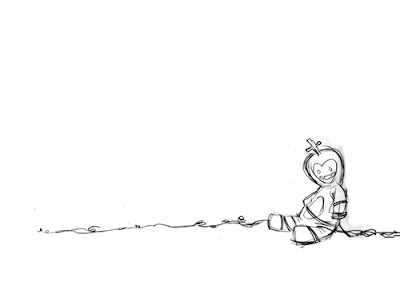 My inside cover design for the Popgun comic anthology, keeping my fingers crossed on this one
Posted by Joe Flood at 3:14 PM No comments:

I know I said I wouldn't post anything else from work, but... these were just too hard to resist. I had to come up with some Halloween content and I didn't want to do the usual cardboard cut out witches and bats you see taped up in elementary school class rooms. I was thinking heavy metal album art, of course for this job everything has to be toned down and homogenized, but these were a helluva lot of fun to draw, Also got to do some Dia de los Muertos stuff too,
Enjoy. 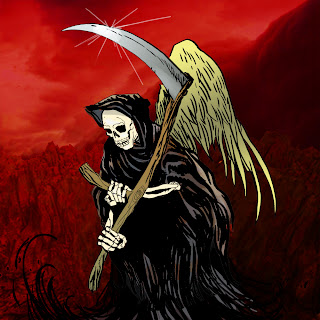 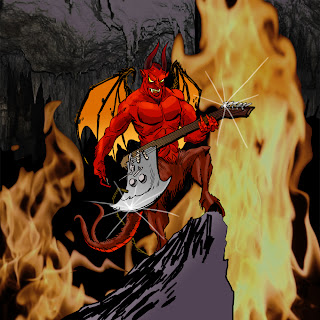 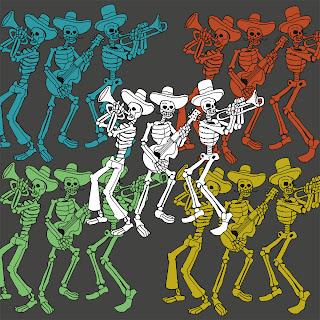